Mr. Baker has been involved with assisting in a number of regulatory receivership appointments originating from the Securities and Exchange Commission, Department of Justice and State Courts. Mr. Baker has directly managed the operations and provided financial oversight for companies and properties with gross revenue ranging from $700k to $15 million. His experience includes management, financial oversight and forensic accounting.

Mr. Baker earned an MBA at the University of Southern California and an undergraduate degree in Economics from New York University. He currently participates in receiver and insolvency education courses sponsored by the Forum and Loyola Law School.

Mr. Baker’s most significant assignment was in the matter of Private Equity Management Group – a billion-dollar alleged Ponzi scheme exposed in Federal Court by the Securities and Exchange Commission that led to the appointment of a Federal Equity Receiver. Mr. Baker was tasked with tracing $1 billion worth of investment from nine investors over a 10-year period into 46 investment vehicles located in the British Virgin Islands. The overall investments included over 50 assets and 275 life insurance policies (with over a billion dollars in face value) and a cash flow requirement of $70 million per year to keep the premiums current. Most of the assets were jointly owned by multiple investors. This analysis provided the basis for the court-approved distribution plan to victims of the $336 million recovery.

Mr. Baker was appointed as Receiver to take operational and financial control of the nightclub and restaurant which was the subject to an investor dispute.  Mr. Baker operated both businesses, generating gross revenues of $15M per year, in a neutral capacity while the investor lawsuit played out in Court.  Mr. Baker implemented cost saving measures as well as robust cash controls over the business which had accusations of malfeasance and fraud.

Mr. Baker was appointed as Receiver over a 25-unit strip mall located in Westminster, CA with many complex issues including a ground lease reevaluation and negotiation, allegations of fraud and misconduct relating to a prior sale and title transfer.  Not to mention the defendant filed for bankruptcy during the Receivership whereby Mr. Baker was able to successfully petition the bankruptcy court to keep Mr. Baker in as Receiver during the bankruptcy process.

Mr. Baker provided operational and financial oversight of a 575 room hotel-resort located in Tucson, Arizona which was the subject of a receivership appointment.  The hotel generated $70M+ each year and, adding to the complexity, underwent a $10M construction project during the receivership to repair the hotel’s façade.

Mr. Baker was appointed as the Partition Referee for a 2.5 acre car dealership located in Simi Valley.  The property was subject to a partition action involving three owners and a tenant, all with competing interests.  Mr. Baker was able to successfully sell the car dealership for 20% above appraisal by creating a bidding process between the owners and obtaining a third party interested buyer.

Liquidation of a construction company which had defaulted on its loan with a bank. In order to achieve the maximum recovery for its creditors the company was liquidated in two parts: a portion of the equipment was sold to a competitor while the rest of the company, along with all the work-in-progress projects, was sold to a separate buyer.

Medical equipment vendor that came under the scrutiny of the District Attorney for alleged wrongdoing. Mr. Baker oversaw the review of the invoicing practices of the business to determine if it was performed in accordance with prescribed guidelines. 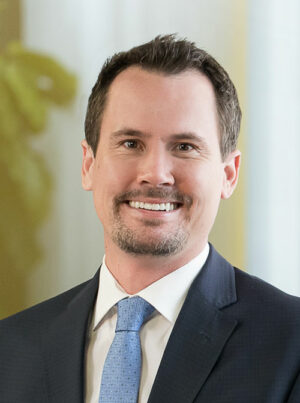