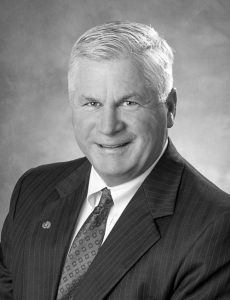 A business attorney with over 30 years of experience in insolvency and commercial law, Morrell has spent the past 20 years as Managing Partner and Chairman at San Diego-based Higgs Fletcher & Mack, where he will continue his affiliation as its Chairman Emeritus.

“I met John shortly after he started his legal career in 1985 and we’ve collaborated successfully on a number of matters over the years,” said Douglas P. Wilson, chairman and CEO. “Although John no longer plans to practice law, his legal and management background will be a considerable asset to our clients.”

“WE’RE GEARING UP FOR WHAT WE SEE AS AN IMMINENT, UNPRECEDENTED TRANSITION OF WEALTH FROM THE BABY BOOMER GENERATION TO ITS ADULT CHILDREN,” SAID WILSON. “INEVITABLY, AND UNFORTUNATELY, SUCH A MAJOR SHIFT OF ACCUMULATED WEALTH WILL CREATE A VARIETY OF DISPUTES CONCERNING OWNERSHIP, CONTROL, MANAGEMENT AND DISPOSITION OF ASSETS. WE BELIEVE JOHN’S EXPERTISE WILL HELP OUR CLIENTS AVOID THE PITFALLS OF SUCH DISPUTES.”

Morrell’s background includes his stewardship in establishing the Higgs Fletcher & Mack Chapter 11 practice 32 years ago, after completing his federal judicial clerkship through the U.S. Bankruptcy Court, Central District of California. Over his distinguished career, he served as the lead attorney in some of the firm’s largest cases and helped grow San Diego’s oldest law firm into one of California’s most dynamic and practice diverse firms.

In the wake of the 2008 real estate crash and subsequent economic downturn, access to bank loans for...