In our 30 years in business, we’ve witnessed – and built our core competencies around – the cause and effect of all types of cycles: economic, political, and environmental.

But we are increasingly alarmed by the impacts of weather and climate disasters across the country. Even the Department of Defense acknowledges that recurrent flooding, drought, desertification, wildfires, and thawing permafrost pose a tangible impact on military readiness.

(1) With the arrival of the “bomb cyclone” in March, Nebraska, Iowa, Missouri, South Dakota, Minnesota and Wisconsin sustained the loss of millions of acres of agriculture, as well as damage to cities, towns, roads, bridges, levees and dams. In particular, the Offutt Air Force Base in Nebraska was also flooded. This historic flooding is ongoing.

(2) A massive storm system that hit from Feb. 23-25 caused high-wind damage in the Northeast and devastated the South with tornadoes, flooding and severe weather.

As do all citizens, we grieve the loss of human and animal life caused by these weather and climate disasters. The magnitude of these events is also taking a toll on municipalities dealing with catastrophic loss to local businesses, property owners, and landlords.

As a firm, we’ve handled over $15 billion in distressed assets, appointed by the courts as a Receiver to preserve and restore value of impacted properties and businesses.

We understand the economics and financial devastation — as well as personal loss — involved in these fast-moving situations. We have provided support during high-profile natural disasters including the successful renovation and repair of the Ocean Trails Golf Course in Rancho Palos Verdes, Calif., after a massive, destructive landslide; the repair and restoration of the Transamerica Building in Woodland Hills, Calif., in the aftermath of the Northridge Earthquake; and the infrastructure improvement plan to prevent mud slides threatening neighboring properties for the City Council of Sierra Madre, Calif., after the 2008 Santa Anita fire.

DWC is often assigned to manage a team of experts to accomplish the urgent needs of property owners and businesses impacted by a catastrophic weather event. These could include:

• Financial analysis, including preparing cash collateral budgets and monitoring use of cash

• Working closely with debtors, along with city, state and federal agencies to ensure compliance with the conditions of various permits

• Manage crisis situations, such as water or power outages that occur during restoration

• Diplomatically negotiate and resolve additional conflicts, including tenant arbitration If you are facing issues created by recent weather and climate events, we invite you to contact Douglas Wilson at 619-641-1141. 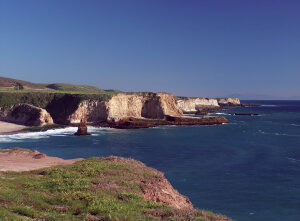 Douglas P. Wilson acted as consultant for secured creditor, CS First Boston, in the Ocean Trails Chapter II Bankruptcy. DWC was responsible for overseeing debtors re-construction and repair of the golf course following a major landslide. DWC first conducted a comprehensive review and prepared cash collateral budgets for construction repairs and golf operations. Its initial tasks included monitoring the debtor’s use of cash as well as conducting an in-depth forensic accounting. In managing debtor’s construction and repair of the landslide damage and other property improvements, DWC reviewed design and engineering, bidding and negotiating construction contracts, project management and scheduling. DWC also worked closely with debtor and city, state and federal agencies to ensure compliance with the conditions of various development permits. After a successful renovation and repair of the property, Ocean Trails Golf Course was sold to a world renowned real estate developer and golf course owner. 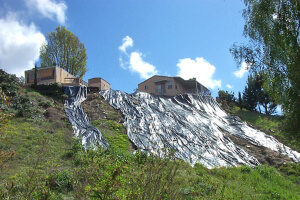 DWC was tasked with general management and oversight of repairs and improvements needed to preserve the asset as a result of damage caused by several mud slides. The subsidence affected several spaces on which the mobile homes are located as well as the property’s retaining walls and other amenities. DWC oversaw the completion of multiple property inspections resulting in numerous repairs and upgrades. Throughout the receivership, DWC resolved several crisis situations including a power outage caused by a faulty generator, as well as a water outage, that required special handling. Additionally, DWC worked diligently to resolve issues and maintain positive contact with residents, who were threatening legal action for various issues at the park. DWC preserved the asset and resolved resident conflicts. The property note was sold to a party affiliated with Capistrano Terrace and DWC relinquished possession of the property. 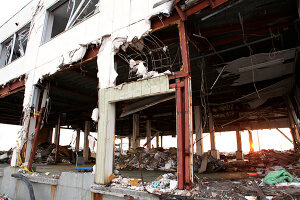 Subsequent to the Northridge Earthquake, experiencing significant property damage, the building owner abandoned the premises– believing it to be irreparable within the time constrains of the Damage and Destruction provisions of its lease. Separately and prior to the earthquake, the tenant, Transamerica, had vacated the building, leaving a remaining liability of approximately six years per the lease agreement. Following the appointment of the receiver, DWC oversaw the engineering, design and construction team that restored the building in less than six months, thus preserving the lease. 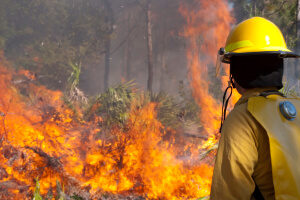 DWC oversaw the fast track completion of significant storm water run-off protection measures, following the 2008 Santa Anita fire. This included the construction of $2 million in infrastructure improvements. DWC secured approvals from the Sierra Madre City Council to modify grading and street improvement plans for this high profile and controversial project. These improvements were mandated by the City of Sierra Madre to prevent damage to neighboring properties from threatening mud slides.

If you are facing issues created by recent weather and climate events, we invite you to contact Douglas Wilson at 619-641-1141.